Zao Wou-Ki was lauded throughout his career for his ability to unite multiple artistic traditions within a single work, marrying Eastern and Western approaches to art-making through his abstract compositions that retained traces of his training as a landscape painter. He worked predominantly in oils, watercolor, and ink, but also experimented with engraving and lithography. While formally trained in traditional Chinese techniques, Zao’s early encounters with the work of Henri Matisse, Pablo Picasso, and Paul Cézanne, as well as his friendships with members of the Parisian avant-garde, greatly influenced and expanded his creative endeavors.

Zao was born in Peking (Beijing) on February 1, 1920. His family soon moved to the Shanghai area, where Zao would reside through his childhood. At the age of fifteen, he gained entrance to study at the National Academy of Fine Arts (now the China Academy of Art) in Hangzhou. He graduated in 1941, and worked as an assistant teacher at the academy, which had relocated to Chongqing in advance of the Japanese invasion in 1938. In the mid-1940s, the Cultural Attaché of the French Embassy in China, Vadime Elisseeff, encouraged Zao to relocate to France. An early champion of Zao’s work, Elisseeff brought twenty paintings to Paris to show at the Cernuschi Museum’s Exposition de peintures chinoises contemporaines in 1946.

Two years later, Zao and his wife Lalan moved from Shanghai to Paris, where he would live for the rest of his life. They took an apartment in Montparnasse, where Alberto Giacometti was a neighbor, and Zao took French classes at the Alliance Française. He became immersed in the city’s avant-garde milieu and embarked on an ambitious project of synthesizing the expressive language of European abstraction with the traditions of Chinese landscape painting. He befriended Norman Bluhm, Sam Francis, Hans Hartung, Henri Michaux, Joan Mitchell, Jean-Paul Riopelle, and Pierre Soulages.

In 1949, Galerie Creuze would host his first solo exhibition in Paris. The gallerist Pierre Loeb exhibited Zao’s work at Galerie Pierre in 1951, beginning a relationship that would last through 1957. Zao would continue to gain international prominence through the 1950s; the Museum of Fine Arts of Cincinnati hosted his first retrospective of prints in 1954, and three years later, he met the legendary dealer of Abstract Expressionist art, Samuel Kootz, who would soon represent Zao in the United States. He exhibited his first solo exhibition in New York at the Kootz Gallery in 1959. He would gain French nationality in 1964, and the Folkwang Museum, Essen, hosted a retrospective of his work in 1965.

In 1966, Zao began creating multi-panel compositions, finding the challenge of working at a large scale to be invigorating. He noted, “I felt great physical joy in working the large surfaces, to the point of being obsessed and unable to do anything else.” After his second wife May passed away in 1972, he traveled to China to visit family that he had not seen in over twenty years. His compositions grew in scale, and he continues to make trips to China through the mid-1970s. In 1980, he was appointed as an instructor of mural painting at the École Nationale Supérieure des Arts Décoratifs in Paris. Two years later, Zao exhibited monumental canvases at the Galeries Nationales du Grand Palais in Paris, the first time a French museum has shown his work.

Zao was a member of the prestigious Académie des Beaux-Arts, and he was honored with the Japan Art Association’s Praemium Imperiale Award for Painting in 1994. In 2006, he was inducted into the Ordre national de la Légion d’honneur, France’s highest order of merit. Zao’s paintings may be found in museum collections worldwide, including the Centre Pompidou, Paris; Fundaciò Joan Miró, Barcelona; Solomon R. Guggenheim Museum, New York; Metropolitan Museum of Art, New York; Museum of Modern Art, New York; National Gallery of Art, Washington, DC; San Francisco Museum of Modern Art; and Tate, London, among many others. 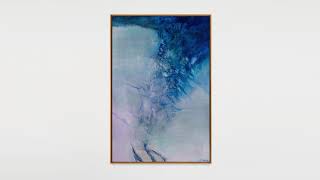 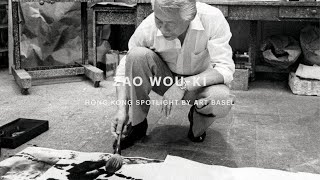 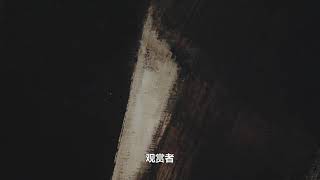 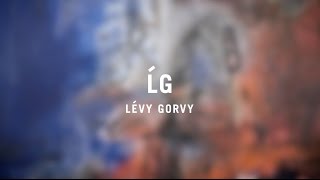 The Meeting of Edgard Varèse and Charlie Paker

"No Line on the Horizon"

Hong Kong Tatler | Artworks By Van Gogh, Yayoi Kusama And More Will Be On Display In Hong Kong From March 2021

Art Basel pulled off an event that many doubted was possible in a pandemic: an in-person art fair titled …

Although well-schooled in Chinese calligraphy, Zao initially tried to reject those conventions and work …

Following a $65m sale of the Chinese modernist's work in October, Sotheby's will offer an untitled work …

Artsy | The 20 Most Expensive Artworks Sold at Auction in 2018

On view through March 11, 2017, Willem de Kooning|Zao Wou-Ki featured more than 20 paintings from the …

591HX | 谁推动了香港拍场的赵无极热 [Who’s behind the Zao Wou-Ki Boom at the Hong Kong Auctions?]

East meets West is an ancient theme in the arts: Puccini’s “Madama Butterfly” and

It might not be known to those who aren’t involved in the art market, but some of the biggest collectors …