Born in Chengdu, China, in 1976, Tu Hongtao was admitted to the affiliated high school of the Sichuan Fine Arts Institute in 1991. He later graduated with a specialization in oil painting from the China Academy of Art in Hangzhou in 1999. Completing his formal education on the eve of the millennium, the artist began his career during an era of swift transformation in his country—one that signaled the end of its collective economy and the rise of the market economy and globalization.

After art school, Tu was briefly employed in the textile industry in southern China. In 2001, he returned to Chengdu to focus on painting. Observing the rapid social and environmental changes in his hometown, he began to compose sardonic cityscapes featuring piles of human bodies and dolls that reflect contemporary feelings of confusion, tension, and desire. In addition to manifesting the anxieties of Tu’s generation, these early canvases established his ongoing engagement with cross-cultural histories of landscape painting. He continued with the Snow Forest series from 2006 to 2008, using the density of these landscapes as “both an abstract background and a real space,” in his words.

From 2008 to 2010, Tu reoriented his painting practice, veering further from his earlier Neo-Pop trajectory. Having studied calligraphy as well as both Eastern and Western painting traditions, Tu turned to Zhao Mengfu’s (1254–1322) theory of “applying calligraphy to painting” (yi shu ru hua, 以书入画)—a pivotal development that shifted the direction of traditional painting in the Yuan Dynasty. Observing the abstract spirit of Chinese literati painting, Tu both examined the organically evolving relationship between image and formal technique and challenged the aesthetics of Western painting to which he was accustomed.

Tu frequently visited the mountainous Bifeng Valley in Ya’an, Sichuan, for inspiration during this period, adopting recurring motifs from the surrounding terrain. In the resulting works, Tu focused on the physicality of his brushstrokes and the “spirit of the ink” that generally permeates paper, incorporating the importance of “writing” a composition in lieu of merely illustrating an image. The formal qualities of Tu’s picture plane evoke those of Qing Dynasty painters Shitao (Zhu Ruoji, 1642–1707) and Gong Xian (1619–1689). His paintings have gradually metamorphosed from incorporating a mimetic Western three-dimensional space to suggesting an illusionistic “inward psyche” that blurs reality and imagination.

Since 2010, Tu has presented increasingly complex compositions that repeatedly layer a single landscape, poetically rearranging the temporal expectations embedded in such a scene. Tu’s alma mater, the China Academy of Art in Hangzhou, has played an indispensable role in the history of modern Chinese art, nurturing figures such as Lin Fengmian (1900–1991) and Wu Dayu (1903–1988), pioneers of modern Chinese painting who integrated Chinese and Western styles, as well as Zao Wou-ki (1920–2013), Chu Teh-Chun (1920–2014), and other second-generation Chinese artists in Paris, whose experiments in abstraction furthered the course initiated by Lin and Wu. Informed by this rich art-historical legacy, Tu’s imagery interrupts linear narratives and employs an expansive use of space in the context of Eastern and Western visual traditions, embodying a contemporary abstract lyricism all his own. 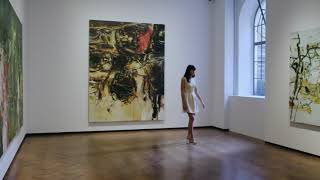 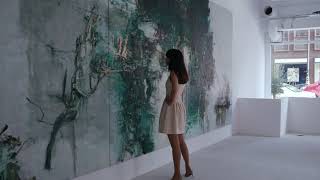 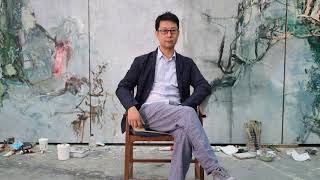 Hyperallergic | Painting “the Eternity of Time”

GalleriesNow | Tu Hongtao: Green Mountains Shall See Me Like This

A presentation of Green Mountains Shall See Me Like This (2019), a multi-panel painting that extends …

Rolling Stone | 他是否有望成为下一个“中国最有价值的艺术家” (Is he possibly the next "most valued Chinese Artist"?)

Some dealers say they will continue to hold private viewings for buyers, while opening hours are extended …

Despite with the pandemic, a new trend has arisen in London - private galleries are opening temporary …

The Art Newspaper | From flat white to white cube: Lévy Gorvy opens gallery in former Pret a Manger in Mayfair

Following the recent announcement of its global representation of Tu Hongtao, Lévy Gorvy presents a …

ArtAsiaPacific | Tu Hongtao: From Cityscapes of Desire to Self-Reflection in Nature

Please use the sharing tools found via the share button at the top or side of articles. Copying articles …

ARTCO | Tu Hongtao: A Person's History of Painting, or History of Revolution

An interview with artist Tu Hongtao on the occasion of his first exhibition at Lévy Gorvy Hong Kong.

Noblesse | Tu Hongtao: The Secret Space of Landscape and Time

Born in Chengdu, China, in 1976, Tu Hongtao was admitted to the affiliated high school of the Sichuan …

An interview with artist Tu Hongtao for Elle Men China.

Born in Chengdu, China, in 1976, Tu Hongtao was admitted to the affiliated high school of the Sichuan …