Gilbert Prousch (b. 1943, Dolomites, Italy) and George Passmore (b. 1942, Devon, England) met at St Martin’s School of Art, London, in 1967. They were both enrolled in the sculpture department and formed an early alliance, in opposition to the Minimal and Conceptual ideologies prevalent among their contemporaries—developing an ‘Art for All’ mantra instead. They soon realised that they were their art, and have been operating as ‘living sculptures’ ever since—sacrificing their individual identities in order to devote themselves to a more democratic art practice. Working across a variety of media (with the gridded ‘photo-work’ becoming their signature format), they have taken life to be their primary subject, placing taboos such as sex, religion, race, and class at the heart of their work. In 1968, they established their studio at 12 Fournier Street in London’s East End, where they continue to live and work today.

Gilbert & George were awarded the Turner Prize in 1986, and represented Great Britain at the 51st International Art Exhibition at the Venice Biennale in 2005. In 2011, they received the Lifetime Achievement Award from the New Museum, New York. They have exhibited at institutions around the world, with recent presentations including Scapegoating Pictures, Ludwig Museum, Budapest (2017); Luther und Die Avant Garde, St Matthew’s Church, Berlin (2017); The Early Years, the Museum of Modern Art, New York (2015); and The Art Exhibition, the Museum of Old and New Art, Berriedale, Tasmania (2015). Their works can be found in the permanent collections of major international museums, including: Tate Modern, London; the National Galleries of Scotland, Edinburgh; the Museum Ludwig, Cologne; the Stedelijk Museum, Amsterdam; the Guggenheim Museum, Bilbao; the Art Institute of Chicago; the Museum of Modern Art, New York; the Cleveland Museum of Art; the Philadelphia Museum of Art; the Museum of Modern Art, San Francisco; and the Art Gallery of New South Wales, Sydney, among many others.

Gilbert & George: The General Jungle or Carrying on Sculpting 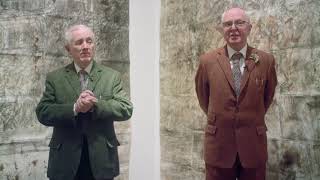 Gilbert & George: The General Jungle or Carrying on Sculpting 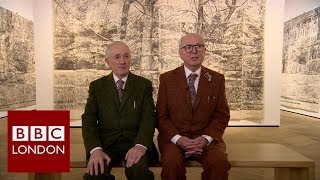 Gilbert & George:
The General Jungle or Carrying on Sculpting

As the art world descends upon the UK’s capital for Frieze London and Frieze Masters as well, as the …

As the British artists Gilbert & George mark 50 years together this year, the pair are looking to …

Time Out London | Gilbert & George: The General Jungle or Carrying on Sculpting

The Art Newspaper | Gilbert & George take charge of their legacy

"Art for all” is the motto behind Gilbert & George’s career, a belief that also defines how they …

As a pair of new exhibitions celebrate 50 years of personal and professional collaboration, WILLIAM COOK …

What to think about Gilbert & George? Are their sweary, shiny, super-graphic photo­works, which …