Michelangelo Pistoletto was born in Biella, Italy in 1933. His artistic training began in the studio of his father, a painter and restorer, where he worked from the age of fourteen. He subsequently attended Armando Testa’s advertising design school.

In the 1950s, Pistoletto began experimenting with self-portraiture. Featuring backgrounds in gold, silver, and copper monochrome, his early work was first exhibited in 1955, and in 1960, he had his first solo exhibition at Turin’s Galleria Galatea. It was through the artist’s experimentation with his own likeness that he came to Il presente (The Present), a body of work initiated in 1961 that features self-portraits on glossy black backgrounds that reflect the viewer.

After experimenting with various types of metal and paint, Pistoletto arrived at his Quadri specchianti (Mirror Paintings) in 1962 when he adhered tissue paper painted to mimic life-size photographs to mirror-polished stainless steel. Directly including the viewer in real time, these works were shown for the first time at Galleria Galatea in 1963 and quickly brought Pistoletto international acclaim. By 1971, the artist replaced the tissue paper technique with silkscreened photographs. The Quadri specchianti are the foundation of Pistoletto’s subsequent artistic output and theoretical approach, which consistently extends the ideas formed by this seminal body of work. Shortly after the conception of the Mirror Paintings, Galleria Sperone, Turin exhibited a new body of work in 1964 entitled Plexiglass that opened his work into three dimensions and declared its conceptual character.

In 1965–66, Pistoletto developed a body of work called the Oggetti in meno (Minus Objects). These works, contingent on the dimension of time and based on the principle of difference, broke with the dogma of uniformity of individual artistic style. They are considered fundamental to the birth of Arte Povera, a movement theorized by Germano Celant in 1967, of which Pistoletto was a leading figure.

In March of 1967, Pistoletto began to work outside his studio and traditional exhibition spaces. In this context, he founded Lo Zoo (The Zoo)—a group of people from different artistic disciplines with whom Pistoletto carried out actions conceived as creative collaborations from 1968–70. Invited to the Venice Biennale in 1968, he published his Manifesto of Collaboration.

Between October 1975 and September 1976, Pistoletto carried out a work intended to last a full year. Le stanze (The Rooms) consisted of twelve consecutive exhibitions at Turin’s Galleria Stein. In 1976, he published One Hundred Exhibitions in the Month of October, a booklet that describes a hundred ideas for works conceived over a month, many of which he carried out in the following years. In March 1978, Pistoletto defined two main directions that his future artwork would take: Divisione e moltiplicazione dello specchio (Division and Multiplication of the Mirror) and L’arte assume la regligione (Art Takes on Religion).

In 1991 Pistoletto was appointed Professor of Sculpture at the Vienna Fine Arts Academy, a position he kept until 2000. With his students, he developed an innovative program intent on breaking down the traditional barriers between artistic disciplines. This inquiry led in 1993 to the Segno Arte (Art Sign), which was based on an idea conceived in One Hundred Exhibitions in the Month of October (1976). In addition to producing a series of works that share a form that constituted his personal Segno Arte, he invited others to create and present a Segno Arte of their own.

In 1994, Pistoletto began the Progetto Arte (Project Art), an initiative that placed art at the center of socially responsible change. The artist initiated a program manifesto, public meetings, and exhibitions that involved artists of different disciplines representing a broad spectrum of society. In 1998, he founded Cittadellarte – Fondazione Pistoletto in a former mill in Biella, Italy, offering  a place where the goals expressed in Progetto Arte continue to be practiced and developed.

In 2004 Turin University honored Pistoletto with an honorary degree in Political Science. On that occasion the artist publicly announced the most recent phase of his work, Terzo Paradiso (Third Paradise), symbolized by a reconfiguration of the infinity sign. In 2010, he wrote the essay Terzo Paradiso, published in Italian, English, French, and German. In 2012, he began promoting Rebirth Day, a yearly celebration on 21st December with environmental initiatives taking place all around the world. In 2013, the Louvre hosted a solo exhibition titled Michelangelo Pistoletto,année un – le paradis sur terre (Michelangelo Pistoletto: Year one—Paradise on Earth). The same year he received the Praemium Imperiale for painting in Tokyo.

In May 2015 Pistoletto received an honorary degree from the Universidad de las Artes of Havana in Cuba for “his contribution to contemporary art and his influence on several generations of artists.” In the same year, he realized a large-scale work called Rebirth, which is situated in the park outside the headquarters of the United Nations in Geneva. In 2017, Pistoletto published Ominiteismo e demopraxia: Manifesto per una rigenerazione della società(Hominitheism and Demopraxy, Manifesto for a regeneration of society), which outlines his ideas for how to activate democracy and practice it in an equitable way. Between 2018 and 2020, the activity of the Terzo Paradiso has further intensified, in particular through the development of an international network of Embassies and Forums. The artist has particularly active in South America, (namely Mexico, Chile, Peru, Argentina, Cuba), with exhibitions and a series of initiatives linked to the Terzo Paradiso. 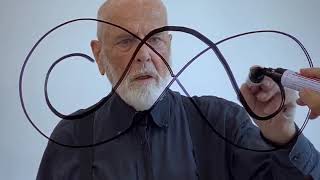 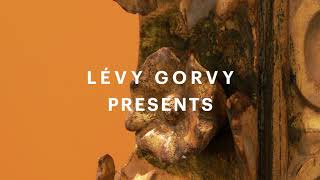 At Levy Gorvy, bespoke installations occupy all three floors of the gallery in a major survey of Pistoletto's …

The Wall Street Journal | The Art World Tiptoes Back, With Virtual Sculpture and Chatty Avatars

In Hitchcock’s film Spellbound, the Gregory Peck character suffering from amnesia says, “When I …

His career covers more than 60 years, ranging from Pop to Arte Povera. A New York gallery has mounted …

From UOVO Prize winner John Edmonds at the Brooklyn Museum to Michelangelo Pistoletto at Lévy Gorvy.

Fox News | Italian artist, 86, who survived coronavirus: 'I faced the reality of emptiness'

The Art Newspaper | 'I faced the reality of emptiness': artist Michelangelo Pistoletto on surviving coronavirus

The New Yorker | Goings on About Town: Arte Povera at Lévy Gorvy

ArtNet | What’s the Best Work of Art You Saw This Summer?

In the final installment of our series, Shirin Neshat, Brett Gorvy, and others tell us about the most …