In 1993 Shapiro installed a permanent work, Loss and Regeneration, at the United States Holocaust Memorial Museum in Washington, DC. Other prominent commissions and works in public space include Conjunction, installed in 1999 at the United States Embassy in Ottawa, Canada, and Now, installed in 2013 at the new U.S. Consulate in Guangzhou, China, both commissions by the Foundation for Art and Preservation in Embassies; For Jennifer (2011) commissioned by the Denver Art Museum; and Blue (2019) for The REACH at the Kennedy Center in Washington, DC.

Shapiro was elected to the Swedish Royal Academy of Art in 1994 and the American Academy of Arts and Letters in 1998. The French Minister of Culture awarded Shapiro the Chevalier dans l’Ordre des Arts et des Lettres in 2005, and in 2013 he was honored with the National Art Award for Outstanding Achievement by Americans for the Arts. In April 2015 he was awarded the Lifetime Achievement Award in Contemporary Sculpture by the International Sculpture Center. 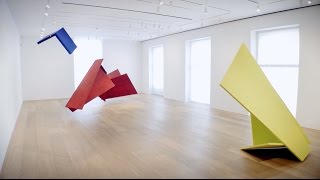 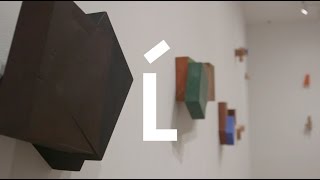 "No Line on the Horizon"

When “Joel Shapiro: The Bronzes” opens with a reception at the Madison Museum of Contemporary Art …

The American artist Joel Shapiro has been pioneering new forms in sculpture for more than five decades. …

The challenge with abstraction is that you can always deny it. Look hard enough at any non-figurative …

studio international | Joel Shapiro: ‘As an artist, you are synthesising the stuff around you in a way that engages you’

The influential American sculptor, now in the fifth decade of his career, brings out his wood wall reliefs …

Shapiro’s facility with color and space shines in this pairing of his early works and a new installation. …

Blouin Artinfo | Notes on a Sculpture

“I’m not interested in strict rules,” says Joel Shapiro with a youthful smirk. “ I can’t abide …

THE ART NEWSPAPER | The seriousness of a child at play: Kenneth Baker on Joel Shapiro at the Nasher Sculpture Center

When one enters the Nasher Sculpture Center these days, there is an immediate sense of familiarity. It’s …