Enrico Castellani (b. 1930, Castelmassa, Italy; d. 2017, Celleno, Italy) established the fundamental aspects of his practice in 1959 when he stretched a monochrome canvas over a pattern of hazelnuts (later replaced by nails), creating peaks and depressions that “sensitized” the surface of his canvas to light and the effects of chiaroscuro. Over the next six decades, he would continue to develop this lexicon—the inlaid pattern, the tensile surface, and the modulation of light—by experimenting with an array of materials, textures, and colors. Another dimension of Castellani’s oeuvre emerged through what he has called “objectual works”; partly readymade installations and sculptural objects, such as Muro del tempo (1968) and Asse di equilibrio (1973). Despite their material differences, these engage the same conceptual concerns as the Superficie paintings, initiating patterns of arithmetic progression that hint at a sense of infinity. In the final decade of his life, Castellani moved further into an engagement with sculpture, producing cast aluminum reliefs that made concrete the invisible volume behind his celebrated “surfaces.”

The son of an industrial technician, Castellani enrolled at the Académie Royale des Beaux-Arts in Brussels to study painting and sculpture before leaving to pursue a degree in architecture at the city’s École de La Cambre. When he graduated in 1956, he took a clerical position at an architecture firm in Milan. There, he found resonance in the optimistic, liberated spirit of experimentation among the city’s artists, including Lucio Fontana and Piero Manzoni.Castellani’s early writings confirm his major artistic influences: Kazimir Malevich, for his anti-object sensibility; Vladimir Tatlin, for his spatial awareness; Constantin Brancusi, for his rhythmic plasticity; and Piet Mondrian, for his rigorous geometries. In September 1959, Castellani and Manzoni established the short-lived but influential Galleria Azimut, where Castellani would mount his first solo show, and the publication Azimuth. Associating with Düsseldorf’s Group Zero, the artists sought to turn away from the dominant European approaches of Tachisme and art informel, and their endeavors secured Milan as an epicenter for ZERO, the vanguard international network of artists who dedicated themselves to reconceiving art’s relationship to light, space, and flux. Just as his ZERO peers were fascinated with natural phenomena, Castellani turned to the modulation of light, harnessing its visual and tactile potential.

After over a decade of material experimentation and active participation in Milan’s art world, Castellani settled in the small hamlet of Celleno, Italy, in 1973, where he would live and work for the rest of his life. The 1970s brought increased institutional attention, starting with his first retrospective at Università di Parma’s Centro Studi e Archivio della Comunicazione in 1976. While the purview of his practice expanded to include a variety of materials and formal concerns, his pursuit of a poetic coalescence of painting, sculpture, and architecture never wavered. Neither did his drive to expand the artistic context he saw himself in. Since the ‘00s, the global import of Castellani’s work has been noted through exhibitions that have paired him with Dan Flavin, Donald Judd, and Günther Uecker (Haunch of Venison, London, 2009); Fred Sandback (Galerie Greta Meert, Brussels, 2010); Richard Long and Jeff Wall (Galleria Lorcan O’Neill, Rome, 2014); and Lee Ufan (Lorenzelli Arte, Milan, 2015), among many others.

In the early 1960s, Castellani’s work was featured prominently in a number of ZERO exhibitions, including tentoonstelling nul (known as Nul 62) and nul negentienhonderd vijf en zestig (known as Nul 65), both at the Stedelijk Museum in Amsterdam (1962 and 1965, respectively), and Group Zero at the Institute of Contemporary Art at the University of Pennsylvania, Philadelphia (1964). He was included in The Responsive Eye, the Museum of Modern Art’s popular survey of Op art in 1965, and he had his first solo exhibition in New York at the Betty Parsons Gallery in 1966. Castellani represented Italy at the Venice Biennales of 1964, 1966 and 1984, and he was featured in documenta 4, Kassel, Germany, in 1968. His work was also featured in the significant surveys Identité Italienne: L’Art en Italie depuis 1959, Centre Georges Pompidou, Paris (1981), and The Italian Metamorphosis, 1943–1968, Solomon R. Guggenheim Museum, New York (1994). In 2001, the Fondazione Prada in Milan organized a major solo exhibition of his work and in 2010 he became the first Italian artist to receive the Praemium Imperiale award for painting from the Japan Art Association. Castellani’s work was centrally featured in ZERO: Countdown to Tomorrow, 1950s–60s, a 2014–15 exhibition at the Solomon R. Guggenheim Museum in New York, as well as in the similarly themed ZERO is INFINITY at the Yayoi Kusama Museum, Tokyo, 2020. Works by Castellani can be found in the collections of major public institutions, including Centre Pompidou, Paris; Fondazione Prada, Milan; Peggy Guggenheim Collection, Venice; Stedelijk Museum, Amsterdam; Hirshhorn Museum and Sculpture Garden, Washington DC; and Walker Art Center, Minneapolis. 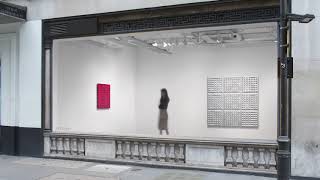 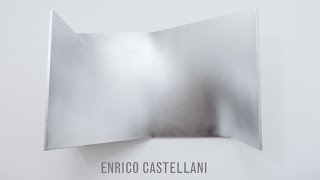 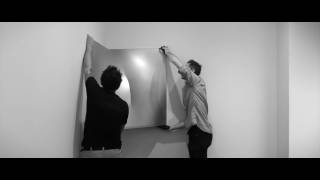 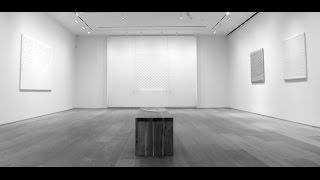 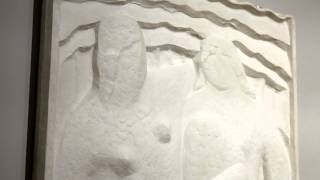 Street level art galleries with large windows have had an advantage during lockdown, as clients can view …

One of the great Italian artists of the 20th century, regarded as the ‘father of minimalism’

The New York Times | Enrico Castellani, Artist in the Postwar Avant-Garde, Dies at 87

Mr. Castellani participated in the swirl of movements and self-proclaimed groups, some armed with manifestoes, …

"Castellani should be remembered as one of the people that changed the language of art,” Emilio Steinberger, …

An essential guide to the Italian artist who rose to fame with his monochromatic reliefs, and was hailed …

The apartment, with its fine examples by Günther Uecker, Enrico Castellani, Lucio Fontana and Agostino …

If you happen to be in New York this spring, Enrico Castellani’s new exhibit, Interior Space, at the …

Donald Judd once referred to the Italian artist Enrico Castellani as the ‘father of minimalism’. …

Dominique Lévy is pleased to announce the first solo exhibition in London by Enrico Castellani, with …

Dominique Lévy is pleased to announce a solo exhibition in New York by Enrico Castellani, with whom …

Il Sole 24 Ore | Manzoni and Castellani, the pioneers of the avant-garde in London

LONDON - The Italian art of war is the protagonist in this London winter: two extraordinary

There is something truly sublime about the paintings of Enrico Castellani. An inexplicable urge to touch …

Over the last four years, there has been a steady stream of international art galleries opening branches …

FT How To Spend It | Enrico Castellani at Dominique Lévy

Painting, sculpture and architecture coalesce in the large-scale monochromatic works of Enrico Castellani …

At some era, different artists from different parts of the globe seem to be working on the same wavelength, …

How did I miss this? This exhibition opened on 13 October and I have only just picked up on it. An exhibition …

To mark the opening of Dominique Lévy's new space at 22 Old Bond Street, the gallery is hosting a group …

The New York Times | At Galleries, Slices of Art History

Historical surveys are a popular mainstay among gallery owners. And now success appears to have multiple …

Frieze London opens this week (through Saturday, October 18), and includes a whirlwind of programs including …

Of the very few art fairs legitimately considered absolute-musts, Frieze London is perhaps the only one …

Art on a Postcard | Love from Mayfair

Frieze week begins. And everyone who has anything to do with the art world feels a little bit more stressed. …

Every morning until the end of Frieze, we’ll be rounding up some of the latest exhibition openings …