Lévy Gorvy is pleased to represent Seung-taek Lee (b.1932) in the United States. Seung-taek Lee’s experimental practice holds an influential place in the history of Korean art; throughout his career, he has challenged traditionally held notions of identity and history, forging a new path for artistic exploration of environment, culture, and philosophy.

A pioneer of the Korean avant-garde and part of the first generation of experimental artists to embrace innovation and modernist influences after the end of the Korean War in 1953, Seung-taek Lee has continuously engaged political and cultural themes over the course of his six-decade career. His diverse and prolific oeuvre encompasses sculpture, installation, performance, and Land art. Notions of negation—which the artist calls dematerialization, non-sculpture, and anti-concept—are central to Seung-taek Lee’s approach, and indicate the process by which ordinary or mundane objects are transformed to be imbued with metaphysical meaning. Using broken tree branches, wire, Korean hanji paper, stones, human hair, fabric, and rope, his works elevate the objects and interactions that comprise daily life to the level of the mythical. Seung-taek Lee’s sculptures often involve environmental themes and his practice corresponds with contemporaneous developments in Land Art, Japanese Mono-ha, and Post-Minimalism.

In the late 1950s, Seung-taek Lee began work on his Godret Stone series, in which the artist affixes rocks to wooden bars with rope; by making the stones appear weightless and soft, he obscures their true physical nature. In the next decade, Seung-taek Lee turned his focus to representing imperceptible or ephemeral natural phenomena such as wind, fire, water, and smoke, further exploring the concept of dematerialization. Seung-taek Lee’s fascination with history led him to believe that the artist’s role is in “connecting different worlds in search of another realm.” His vernacular is eminently materialist and deeply rooted in a sense of place, celebrating the incidental beauty of Korean folk traditions.

Seung-taek Lee’s work resides in the permanent collections of museums and institutions worldwide, including the Tate Modern, London; the National Museum of Modern and Contemporary Art, Seoul; the Museum of Contemporary Art Australia, Sydney; and the Seoul Museum of Art; among others. Solo exhibitions of Seung-taek Lee’s work have been held at the Sungkok Art Museum, Seoul and the Nam June Paik Art Center, Yongin. He received the Eunkwan Award from the Korean Ministry of Culture in 2014 and the Nam June Paik Art Center International Art Award in 2009.

Gallery Hyundai continues their representation of Seung-taek Lee in Asia. 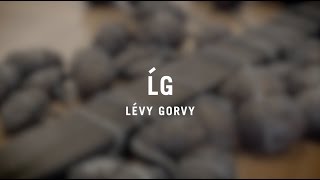 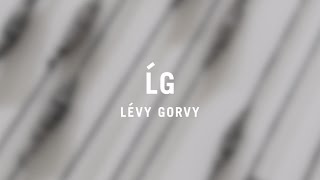 A large-scale retrospective of Lee Seung Taek, a representative figure in Korean experimental art with …

The Guggenheim and LACMA have ambitious surveys of 20th-century Korean art planned for 2022.

South Korean artist’s works ranging from the avant garde of the 1950s to Post Minimalism...

Lee, born in 1932 in Kowon in the region of South Hamgyeong-do above the 38th parallel, has always been …

Even Brett Gorvy, who just left Christie’s after 23 years to join forces with the dealer Dominique …