Robert Motherwell can truly be called the voice of the New York School of artists, both for his work as a teacher and writer chronicling the work of colleagues such as Philip Guston, Willem de Kooning, and Mark Rothko, and for his extraordinary achievements in the mediums of collage, printmaking, and painting. Born in Washington State in 1915, Motherwell spent his childhood and teen years living in California, receiving a scholarship to the Otis Art Institute in Los Angeles at the age of 12. He later studied philosophy at both Stanford and Harvard, eventually making his way to New York City to study at Columbia University with the eminent art historian Meyer Schapiro, who became one of Motherwell’s most important mentors and inspirations.

It was Schapiro, in fact, who changed the course of the young artist’s life by introducing him to a group of surrealist exiles, including Marcel Duchamp and Max Ernst. Through the members of the surrealist movement, Motherwell later met Chilean painter Roberto Matta, who is credited with teaching the American artist the technique of “automatic” drawing, a process of freely rendering lines and forms by tapping into one’s unconscious. Motherwell in turn introduced this method to the members of the Abstract Expressionist movement, which had a profound effect on their work.

Motherwell is well known for his emotional “Elegy to the Spanish Republic” series which encompasses more than one hundred and fifty mostly black-and-white paintings of oval and rectilinear forms created between 1948 and 1990. The title references the victims of the Spanish Civil War of 1936-39, but the pieces themselves also function as broader reflections upon life and death. As with many of Motherwell’s works, the Elegies were both political and personal, and managed to pay tribute to the history of modern art while simultaneously departing and evolving from it.

In 1983, the artist was honored with a 40 year retrospective which originated at the Albright-Knox Gallery of Art in Buffalo and traveled to numerous institutions across the United States including the Guggenheim Museum, NY. Six years later Motherwell was awarded a National Medal of Arts. Throughout his distinguished career the artist’s work was showcased in solo exhibitions worldwide at prominent venues such as The Museum of Modern Art, NY, the Stadtisches Kunsthalle, Düsseldorf, Germany, and the Fundació Antoni Tàpies, Barcelona, Spain, among many other places. The artist passed away in 1991.

'Motherwell Amour,' an homage to Robert Motherwell and Lucia Dlugoszweski, featuring the Erick Hawkins Dance Company with Manhattan Brass Quintet and William Trigg. Performed at Dominique Lévy in New York on December 10, 2015 in honor of the exhibition, 'Robert Motherwell: Elegy to the Spanish Republic.' 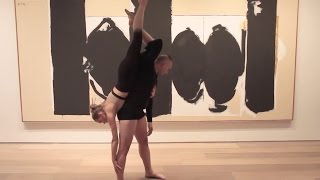 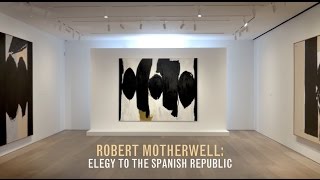 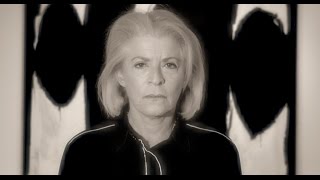 Drawn in Black and White

Robert Motherwell (1915-1991) was the baby of abstract expressionism. Youngest of his generation’s …

Robert Motherwell was a noted figure of the New York School, largely thanks to his role bringing “automatic” …